14 As Moses lifted up the serpent in the wilderness, even so must the Son of Man be

lifted up; 15 so that whoever believes will in Him have eternal life.

16 “For God so loved the world, that He gave His only begotten Son, that whoever

believes in Him shall not perish, but have eternal life. 17 For God did not send the

Son into the world to judge the world, but that the world might be saved through Him.

18 He who believes in Him is not judged; he who does not believe has been judged

already, because he has not believed in the name of the only begotten Son of God.

19 This is the judgment, that the Light has come into the world, and men loved the

darkness rather than the Light, for their deeds were evil. 20 For everyone who does

evil hates the Light, and does not come to the Light for fear that his deeds will be

exposed. 21 But he who practices the truth comes to the Light, so that his deeds may

be manifested as having been wrought in God.”

This scripture is very familiar to many of us. It’s one of the first scriptures I memorized as a child. Verse 16: For God so loved the world.

What makes God different from other gods? Other gods demanded service, sacrifice (even human sacrifice), and were self serving. God saw the state of our world and gave us Love. Love in the form of Jesus. Not just for the chosen people of God but for all. Jesus didn’t come to judge us. He didn’t come to force us to obey the law. He came to show us the faithful promise of God’s love in action. So we chose, darkness or light, belief or unbelief, to perish or have eternal life. We are given a choice and that is on us. It is not God’s will that any should perish. He will not force us, but He will woo us like a bridegroom who welcomes His bride. God is Love. Yeah, He is. The other gods, not a chance! 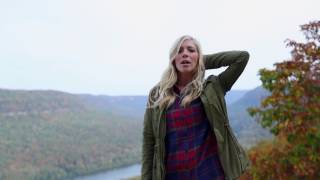